Between A Rock And A Hard Place: Will OpenStack Become Niche? 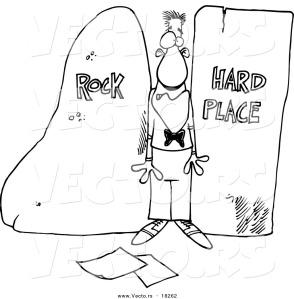 A chief concerns I’ve discussed with friends in the OpenStack community about and have expressed at past Summits is the possibility that OpenStack is turning into a niche technology. As readers of this blog know, I am a big OpenStack supporter and have spend the past several years working to help the project succeed in the open source space and also commercially. The truth, however,  is my belief that OpenStack can be a ubiquitous platform for running modern applications is waning and I am seeing trends that lead me to believe it is becoming a niche technology that will be used only by a small slice of the market. I want to share why I think this way and where OpenStack may be headed. Again, I do so as a member of the OpenStack community who wants the project and technology to succeed.

Fundamentally, I believe that certain trends have put the project between a rock and a hard place. In particular, I see OpenStack being pressured by three trends.

As I’ve said, I am not writing this as an OpenStack detractor but as a community member. I want OpenStack to succeed. But for OpenStack to progress beyond where it is today, the project should focus on a narrower set of use cases, like building an elastic infrastructure that enables developers building modern applications. OpenStack should focus on making it easier for developers to consume its services and less on how to integrate with every vendor technology in the world. Otherwise, we face a future where VMware and Microsoft dominate for running legacy applications, Container based platforms dominate for running modern applications, and OpenStack is squeezed into a narrow niche where it has only a small slice of the larger pie.